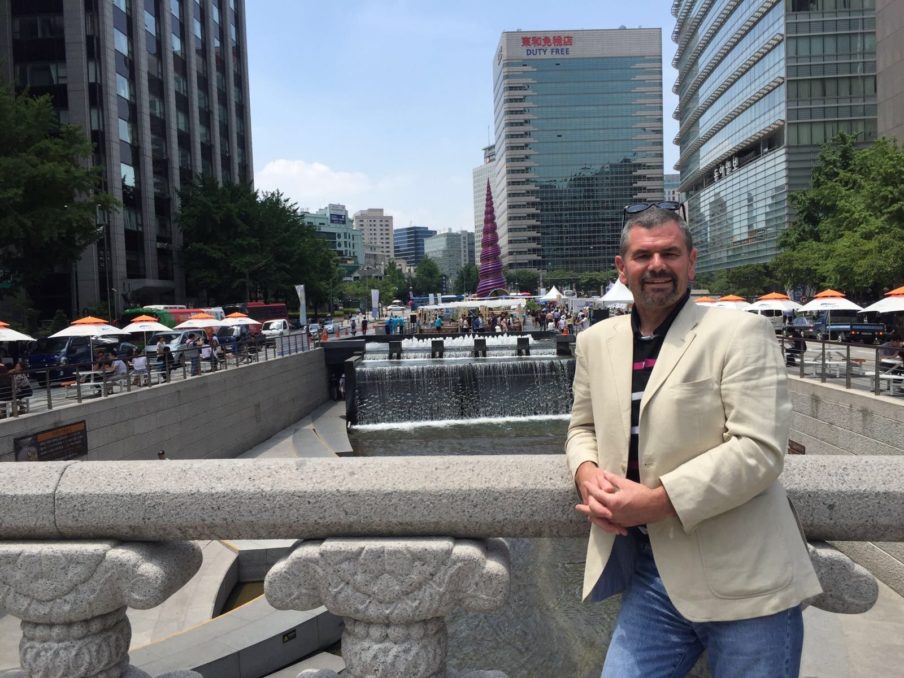 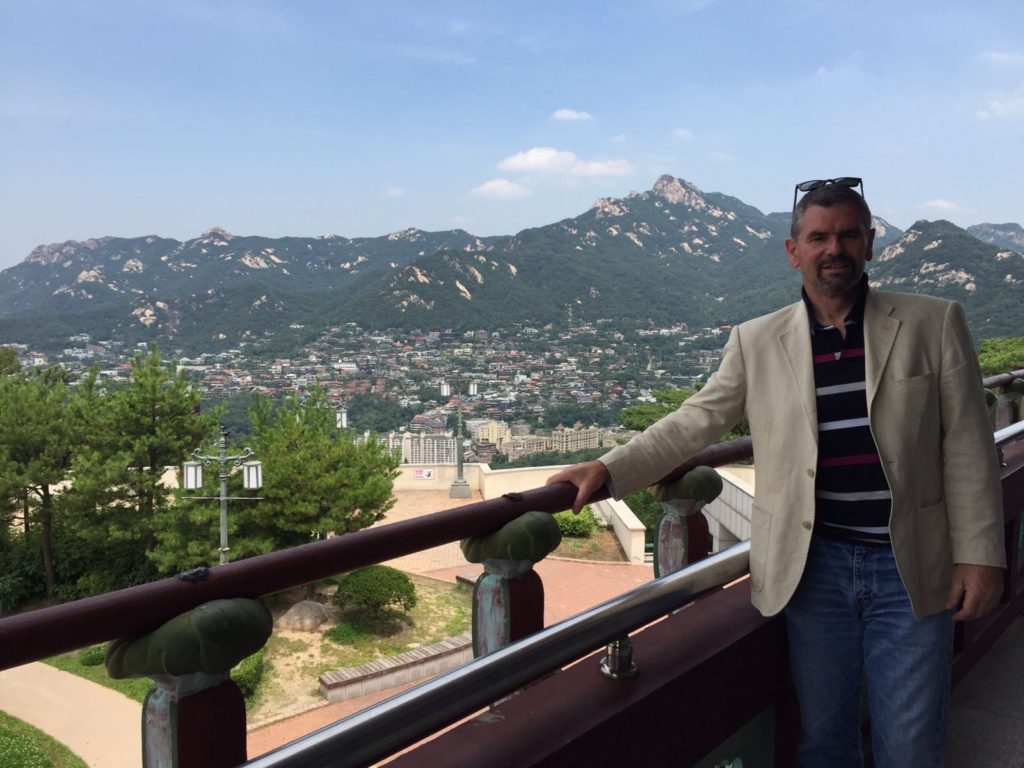 Had a fantastic time in Seoul, a beautiful city enhanced by the stunning scenery of the surrounding mountains. And so the functionality & utilitarian nature that is often found in a modern city is totally removed with the raw beauty of this breath-taking natural landscape. 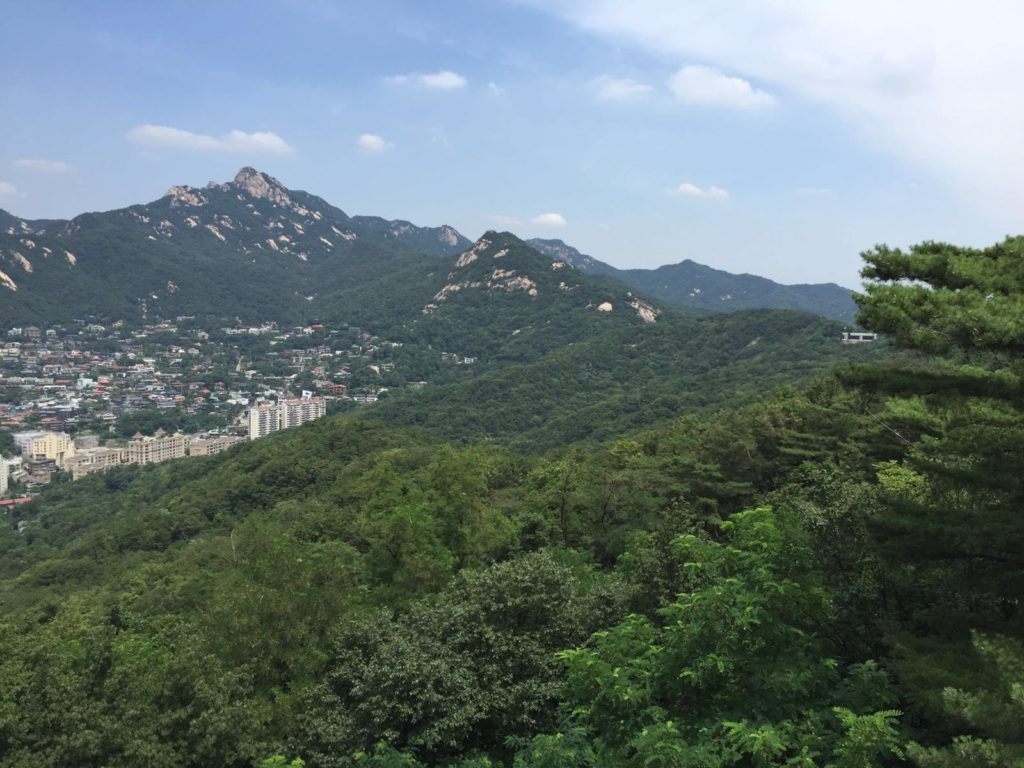 The Cheonggyechon river originally ran below the city, in 2003 the highway was removed and major restoration works took place restoring the silted river bed and then creating this open eco-friendly design that runs through the centre of the city. I find this theme throughout the city creates just the right mix of a modern city living in harmony with its natural surroundings. 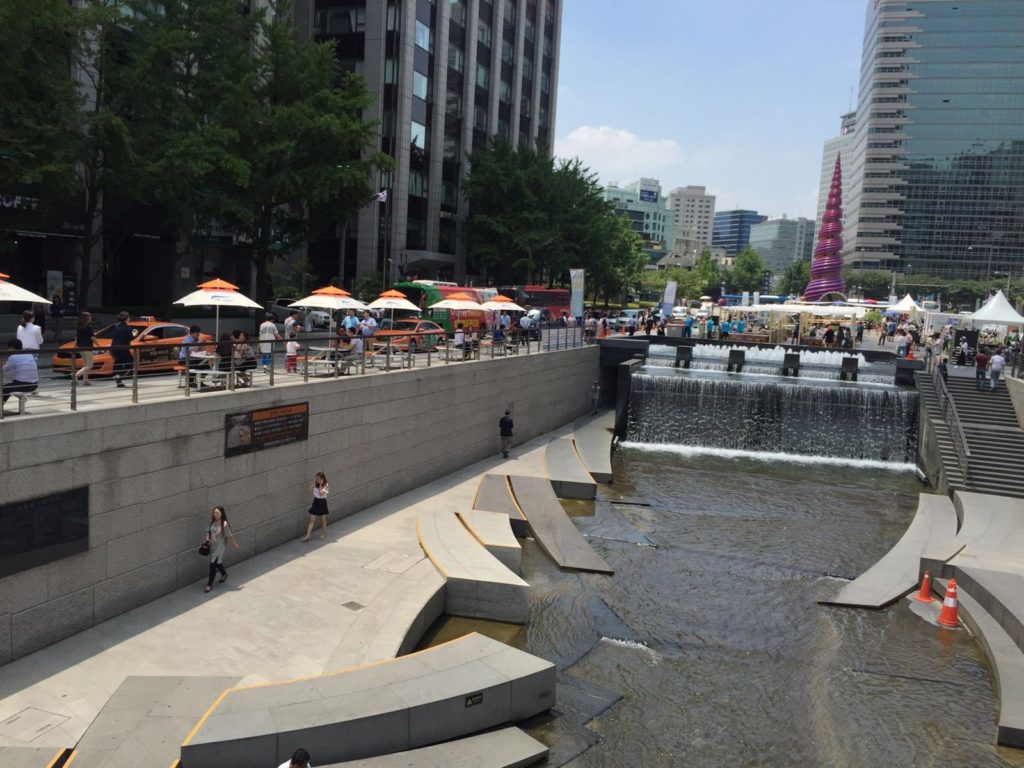 The Blue house is Seoul’s presidential palace, located in an area of serenity and yet in the foreground reminders of modern-day security considerations. 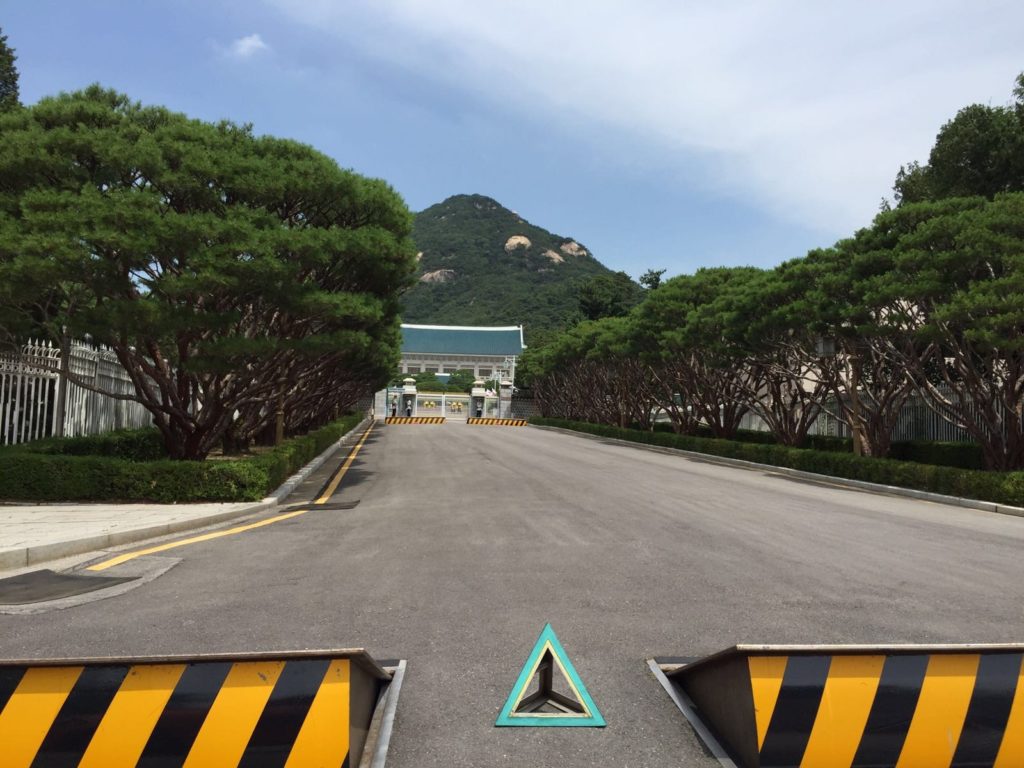 Seoul police HQ where detective Lee Ri-san is based and where he receives a note concerning the fate of Ti-woo. 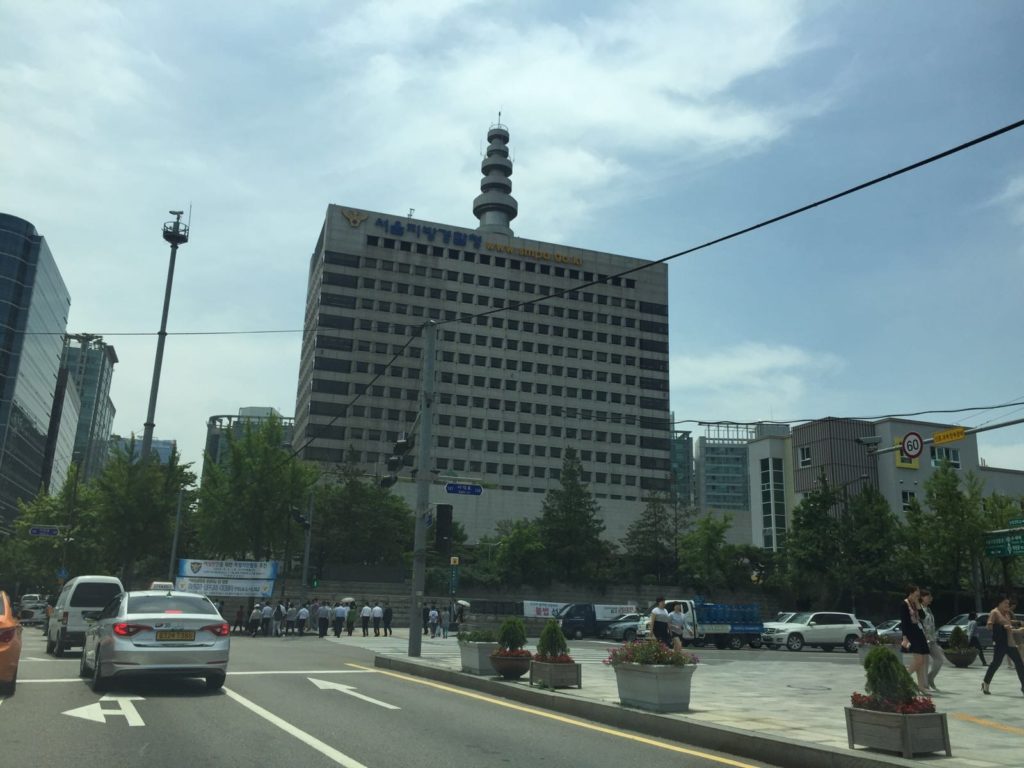 The traditional Korean buildings add context & mystique to a fascinating city that perfectly blends the ultra-new with a colourful past in a rich and glorious mix of fusion and colour, traditional past and hi-tech present creating a truly fascinating visual experience. 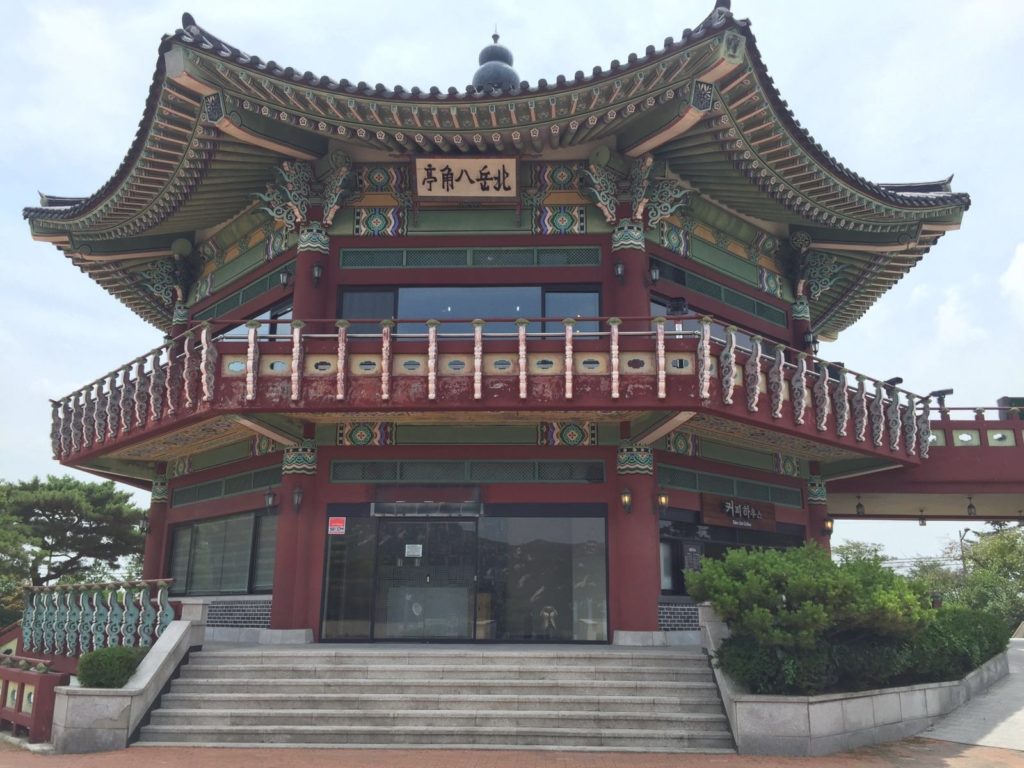 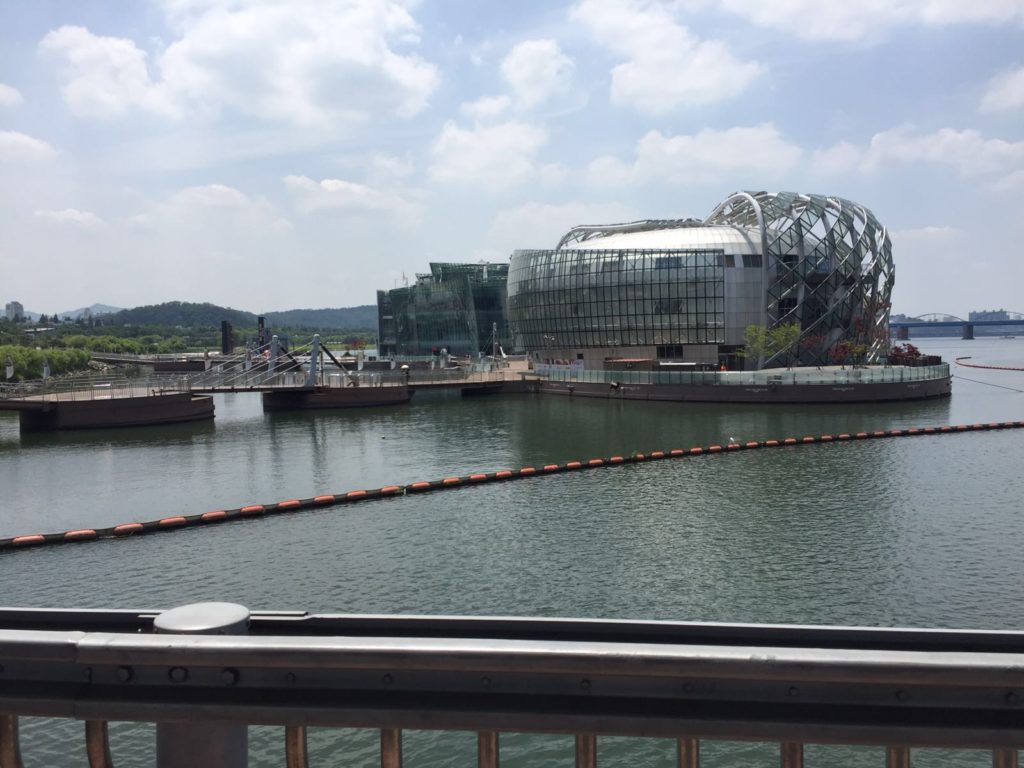 As you alight at Gwanghwamun station you are greeted with these stunning views and two very imposing statues:  Admiral Yi a famous Korean naval commander and King Sejong a great reformer and inventor of the Hangul language. 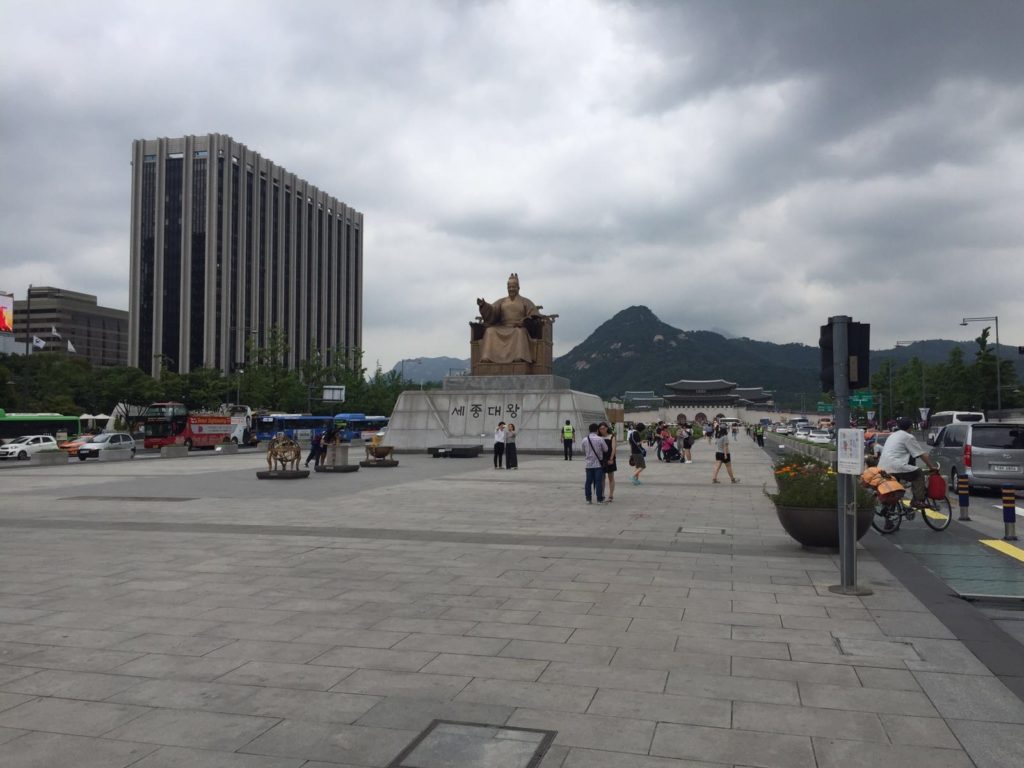 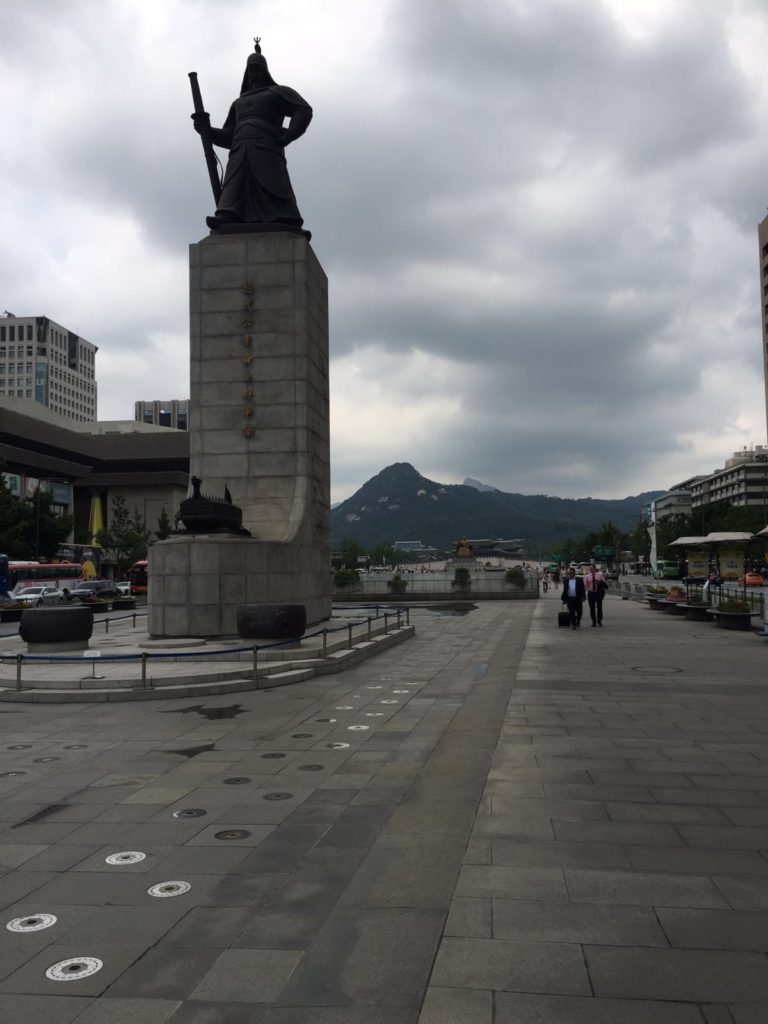 Traditional Korean soldiers guard the Gwanghwamun Gate on the outskirts of the city. 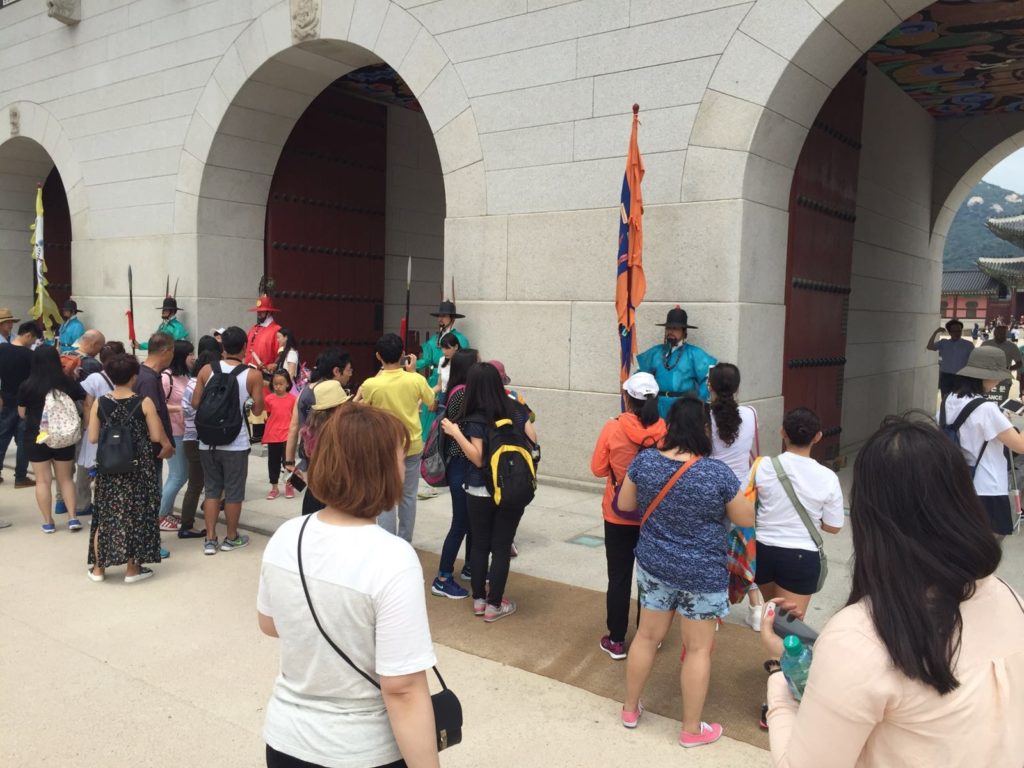 Looking towards the Gwanghwamun Gate and the spectacular mountains behind gives one a real sense of the past yet turn 180 degrees and you are facing a time shift to a modern clean metropolis.  Great city planning and a thoughtful fusion of past and present.  Seoul is a truly beautiful city. 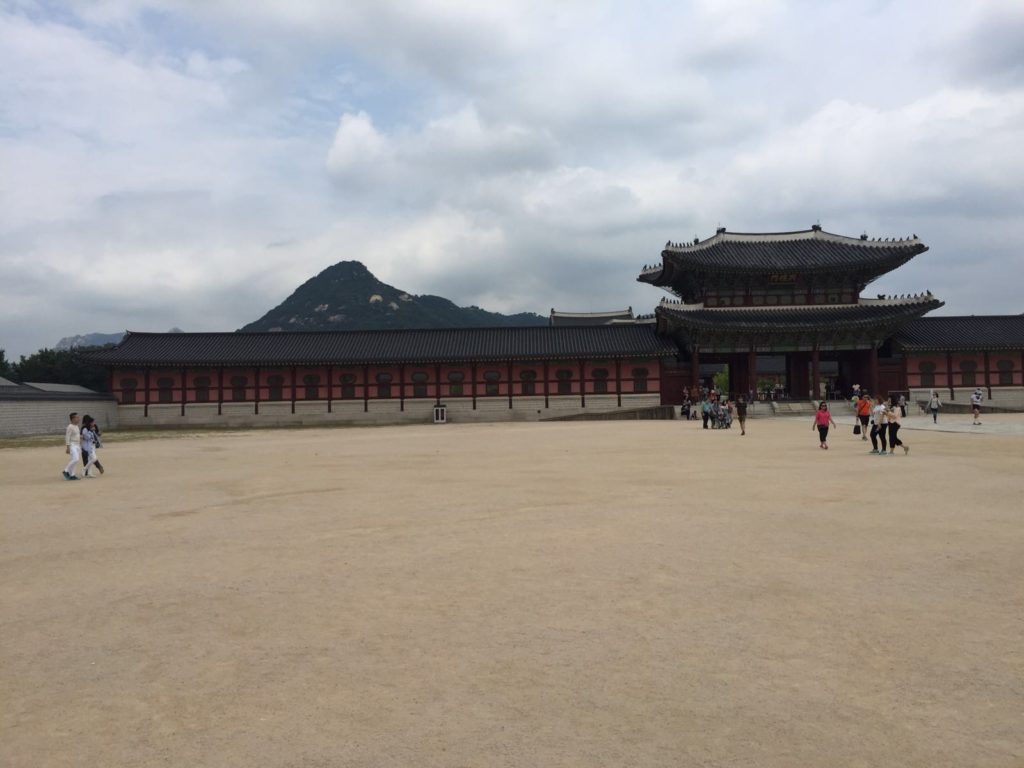 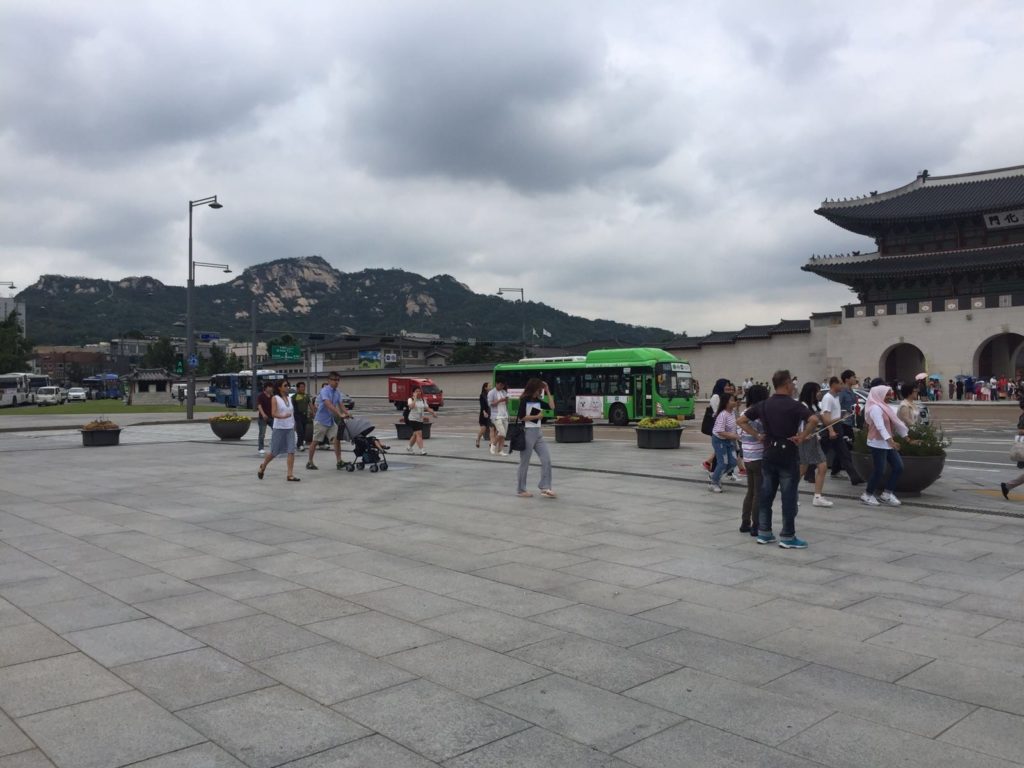 The park close to Gwanghwamun square featured in my book as Lee Ri-san and his wife try and reconcile their problems and the square itself where Ri san comments on one of Admiral Yi’s quotations. 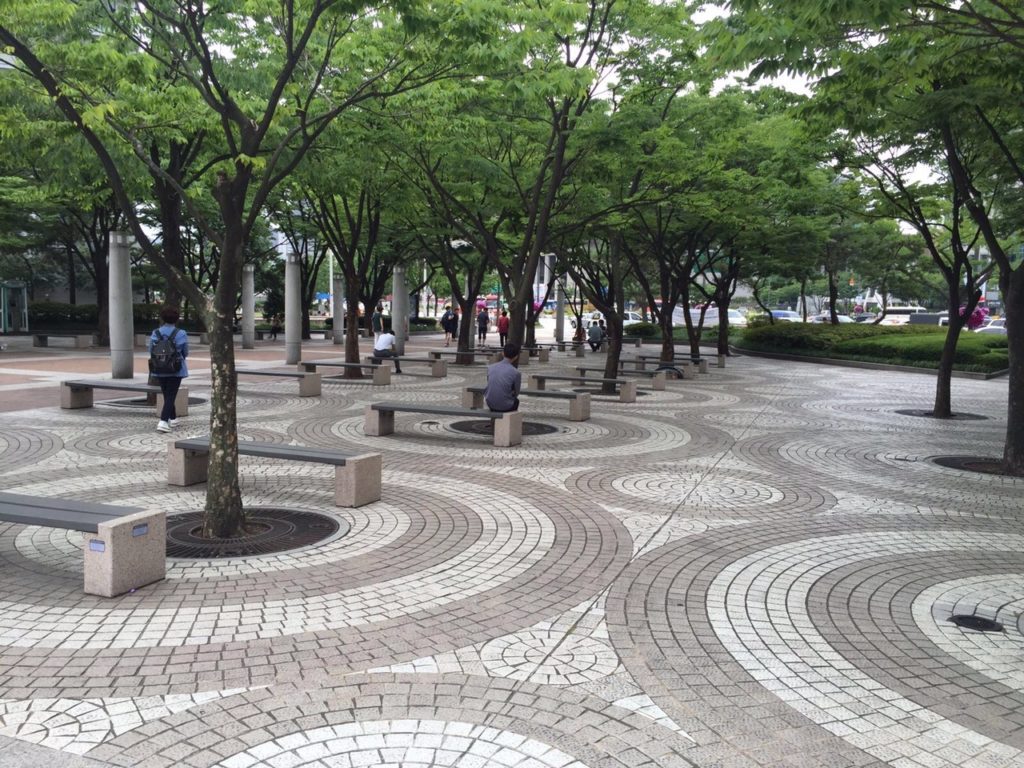 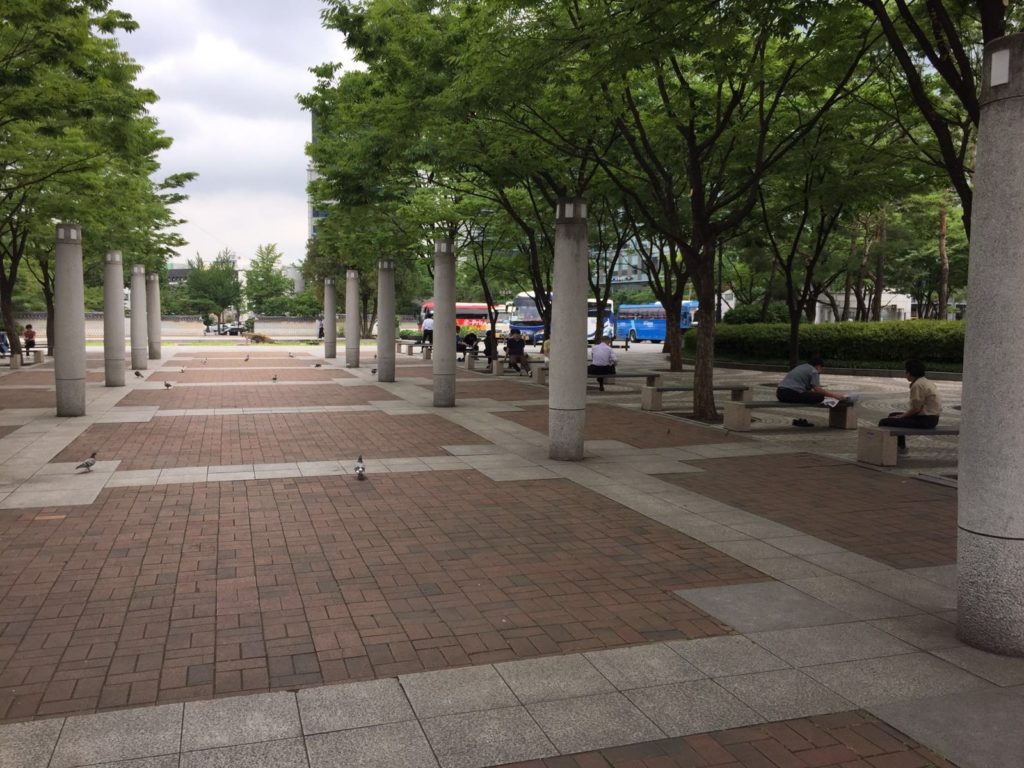 A few days later I visited the De-militarised Zone (DMZ)

This is first checkpoint you come to and some forty miles north of Seoul. It’s not the Military Demarcation Line the point where the two countries are actually divided, that is approximately a further one mile ahead and it’s the same for North Korea. The DMZ has no military activity in the 2.5 mile strip of land that divides the two Koreas and has become an area of natural beauty where the lack of human activity has created its own eco system, with many new species of wild flowers in abundance and rare species of birds and animals thrive in this strange place. 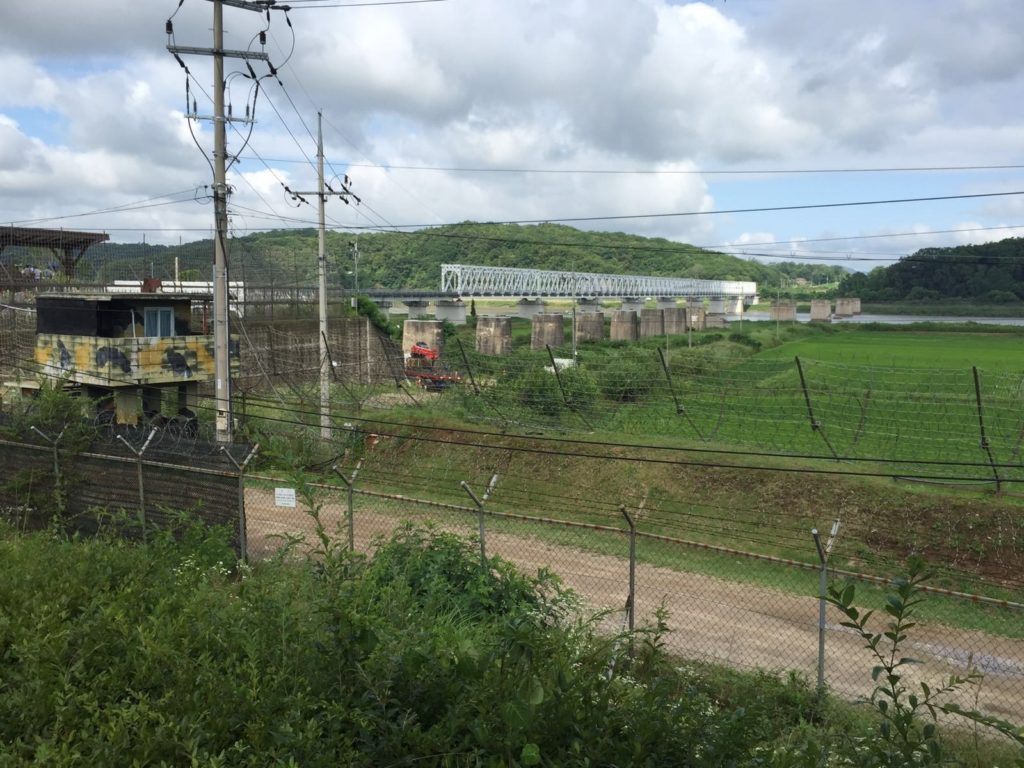 To cross here I had to show my passport, both on the way in and out.  If is in effect a buffer zone and military personnel on both sides carry only light arms and are well versed in the rules that govern the area. 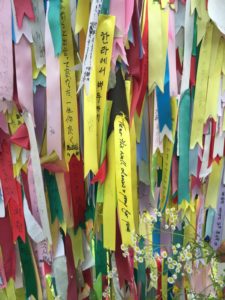 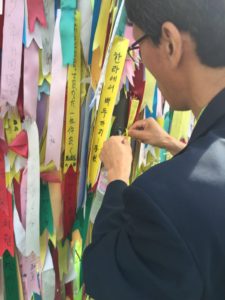 They supply coloured ribbons enabling families to leave messages of hope to their loved ones, who are the other side.  My guide asked if I would like to write one, you can read my words. 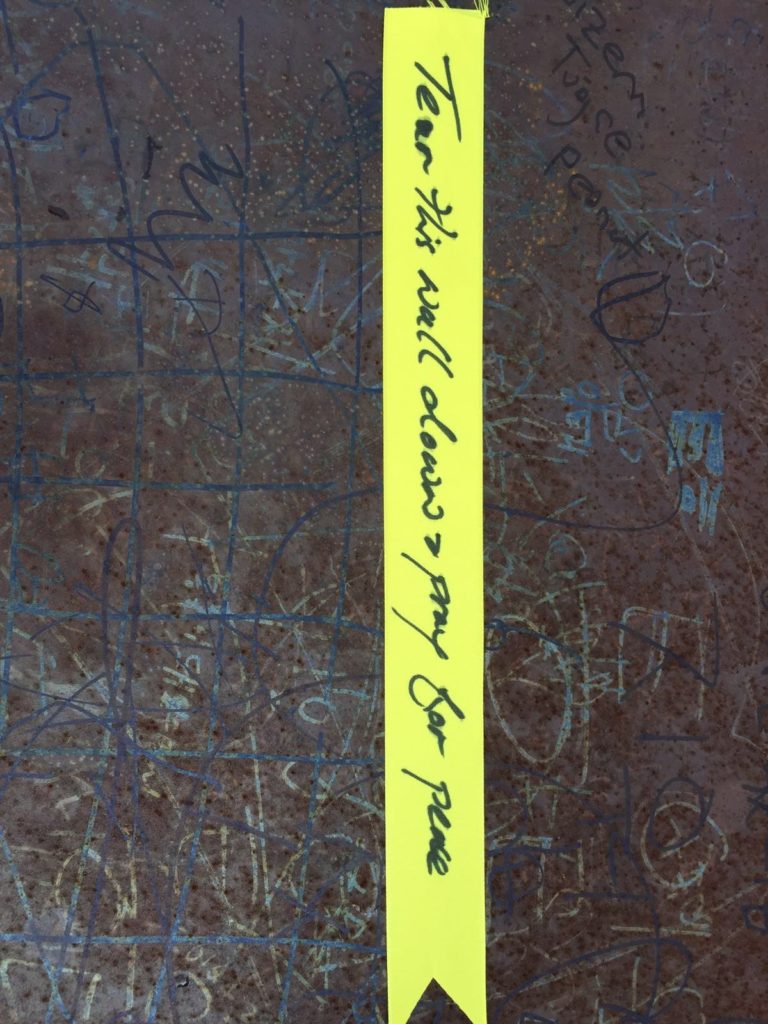 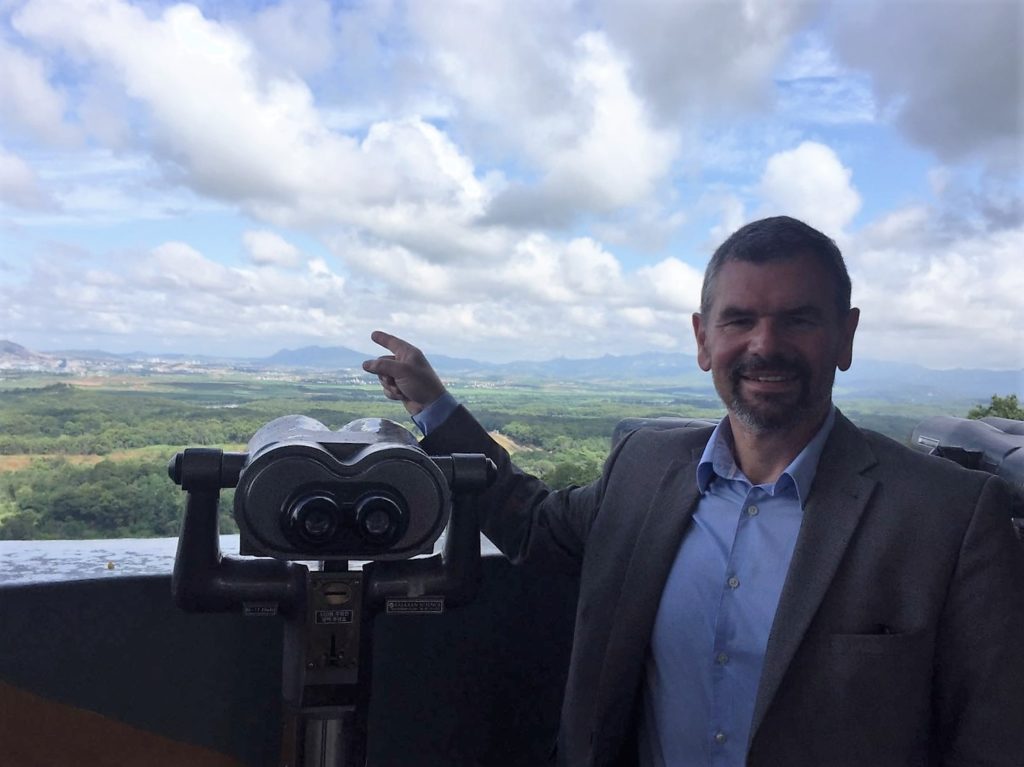 Kaesong is an industrial complex that was paid for by South Korea and provides employment for North Korean workers. South Korean workers are allowed to cross into the North and work with their fellow Koreans. But recently the North decided it will close until further notice. Reasons are often scant and lack any real detail, but with the petulant nature of the regime and its cult of personality that surrounds the leader, nothing surprises. 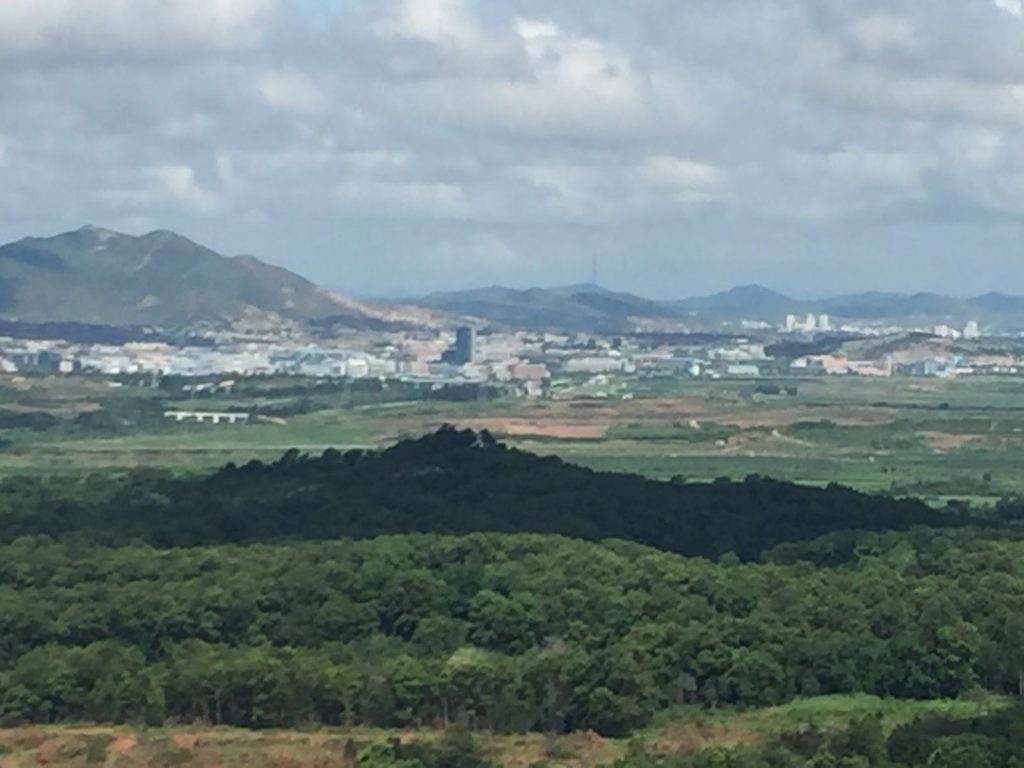 The North Korean flag flutters on one of the tallest permanent flagpoles in the world. The beauty of its rich verdant landscape and mountainous topography belies its tyrannical leadership and sealed existence. 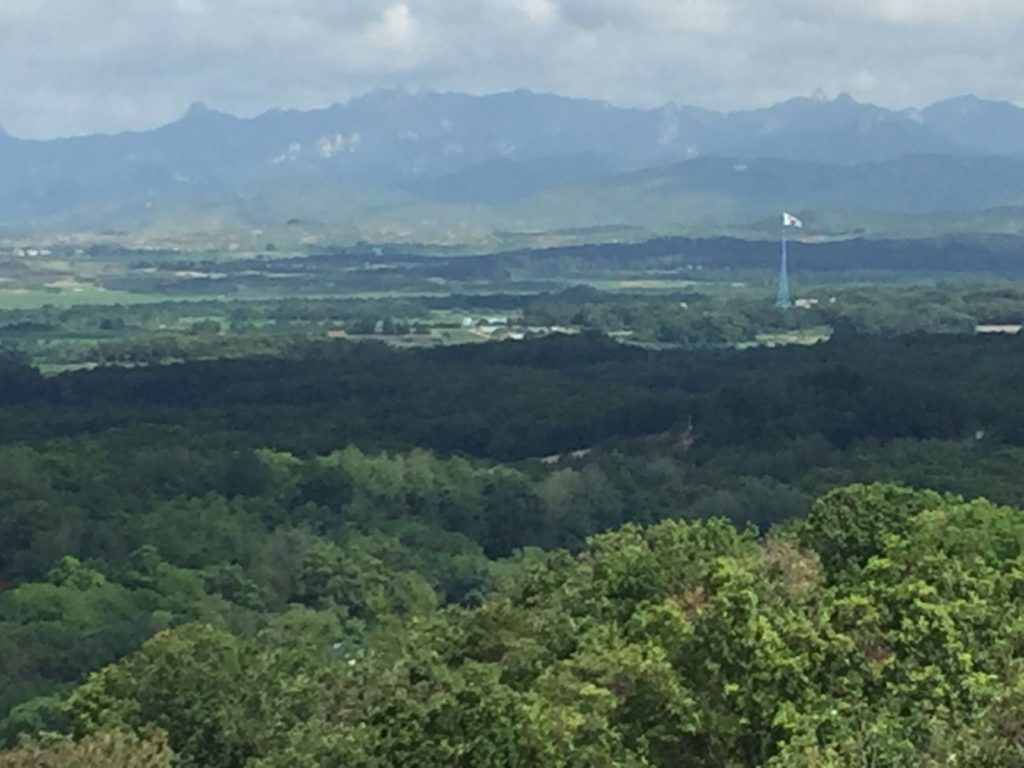 One of the symbols at the edge of the DMZ is this: representing a split fractured part of the world, but with help, the younger generation will put it back together: We live in hope. 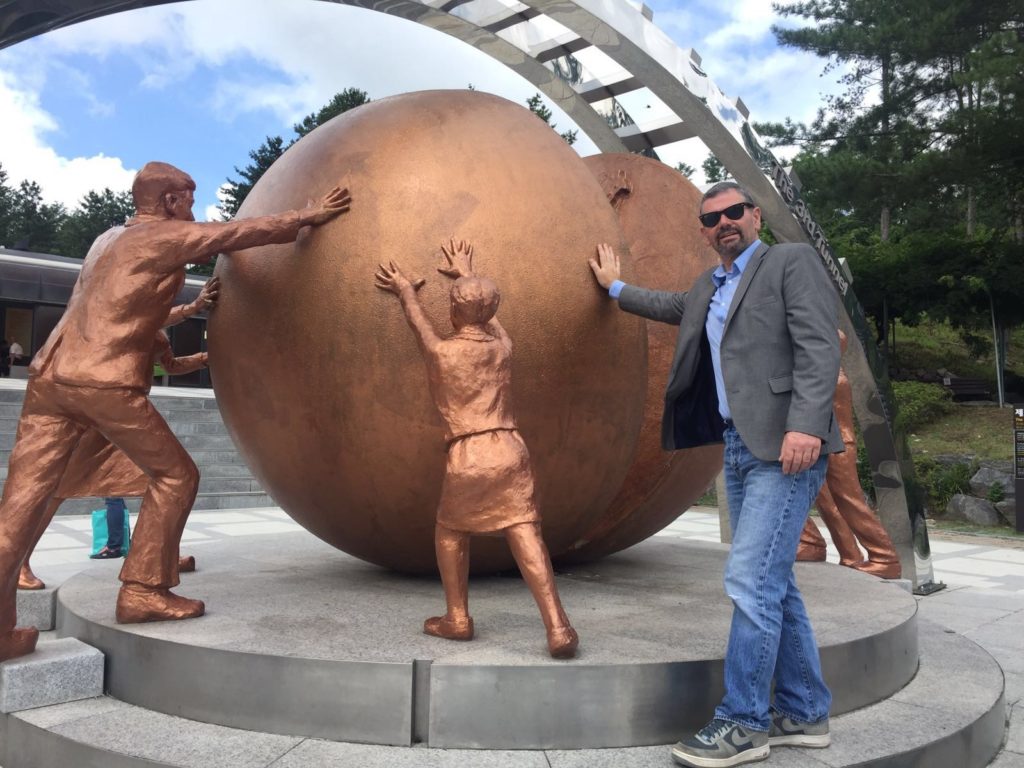 In the recent past The North Koreans would constantly dig tunnels below the DMZ which would eventually surface in South Korea.  They were discovered and sealed, eventually becoming tourist attractions.  The one I went down was 70 meters in depth and very cold and so surreal.

These small trains take you below the surface for a distance of 350 meters. They were built specifically as tourist attractions and intercept a third tunnel discovered in 1974 (one of four in total) that went directly below the DMZ and would have surfaced deep inside South Korean territory.  3000 troops per hour were estimated to have been able to pass through here.  Others are believed to exist but have been built to avoid detection, I refer to them in my book. 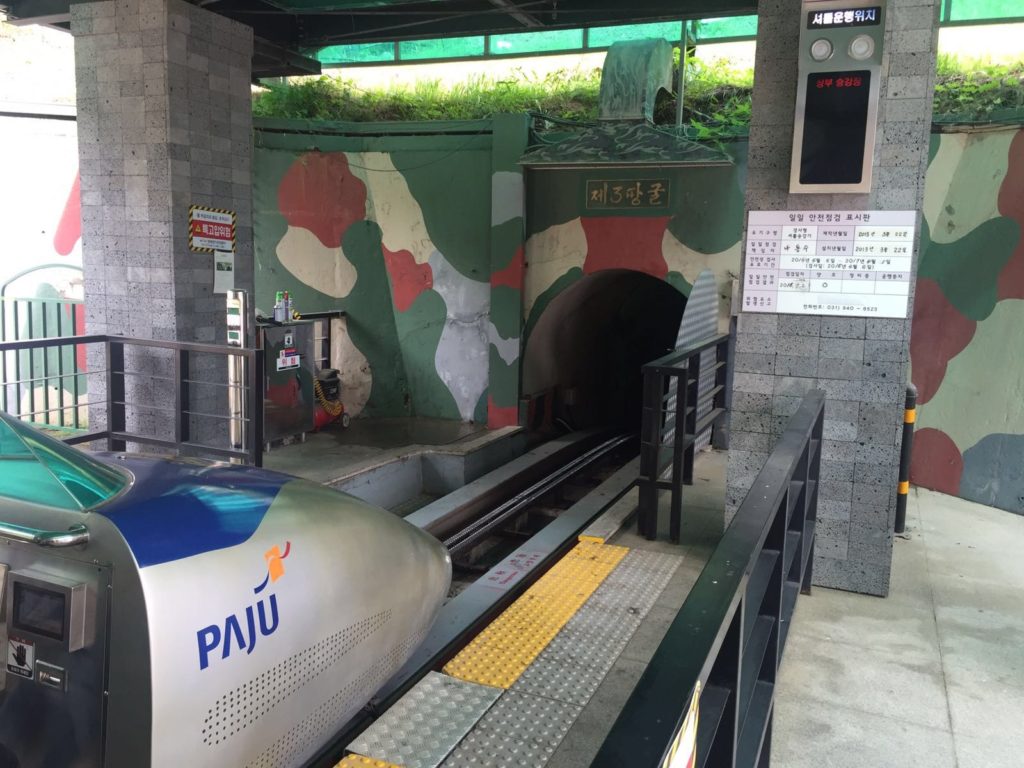 One of the JSA (joint security area) vehicles that are everywhere and you are watched intently.  They do not tolerate any silly antics here, rightly so.  It has a strange atmosphere, and one that is counter to all the freedoms we hold dear and yet, take so much for granted. 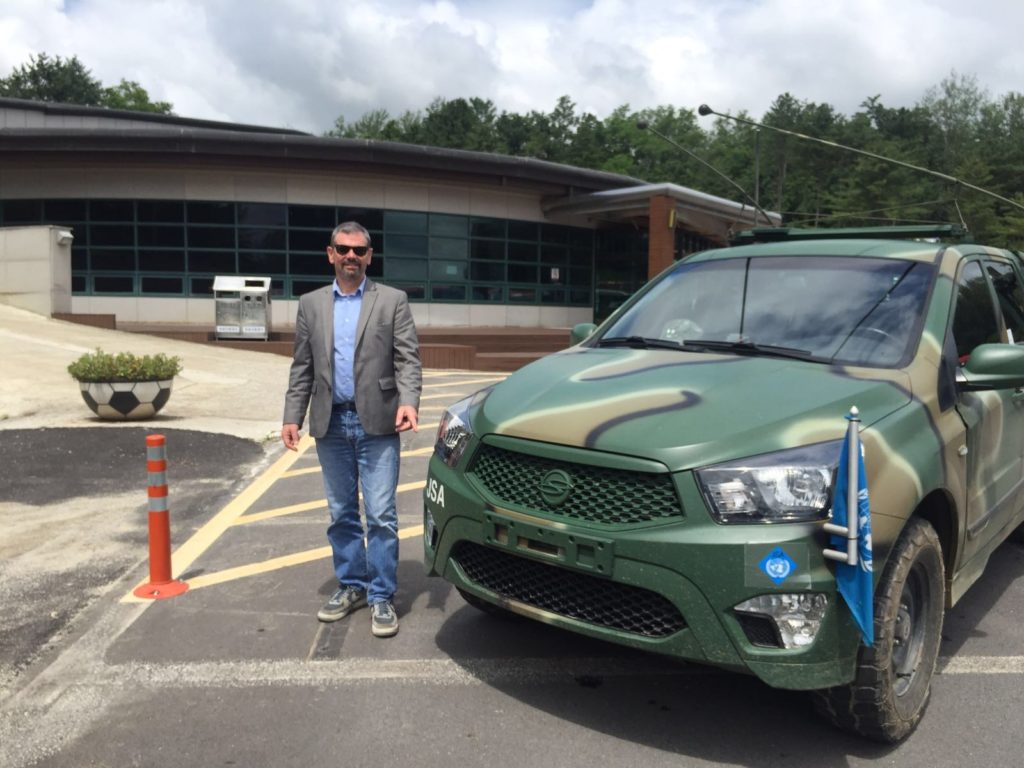 People in this country who think they are hard done by, or that the government is not fair, or think somehow their human rights have been abused, should take a step backward. Before complaining about how bad or outrageous they believe something is; they should enlighten themselves.

They should read about the abuses in North Korea, read about the numerous issues human rights organisations (and by that I mean real ones who understand the most terrible of human suffering), have with this repugnant regime.  Read the true stories of the indescribable pain and abuses inflicted upon them, but with the greatest of courage and in the face of death, risked all to escape and made new lives, and they tell the truth of the Orwellian society they left behind.

My books are fiction but factually based, if you think they are far-fetched, please think again.

A young Korean solider at the border 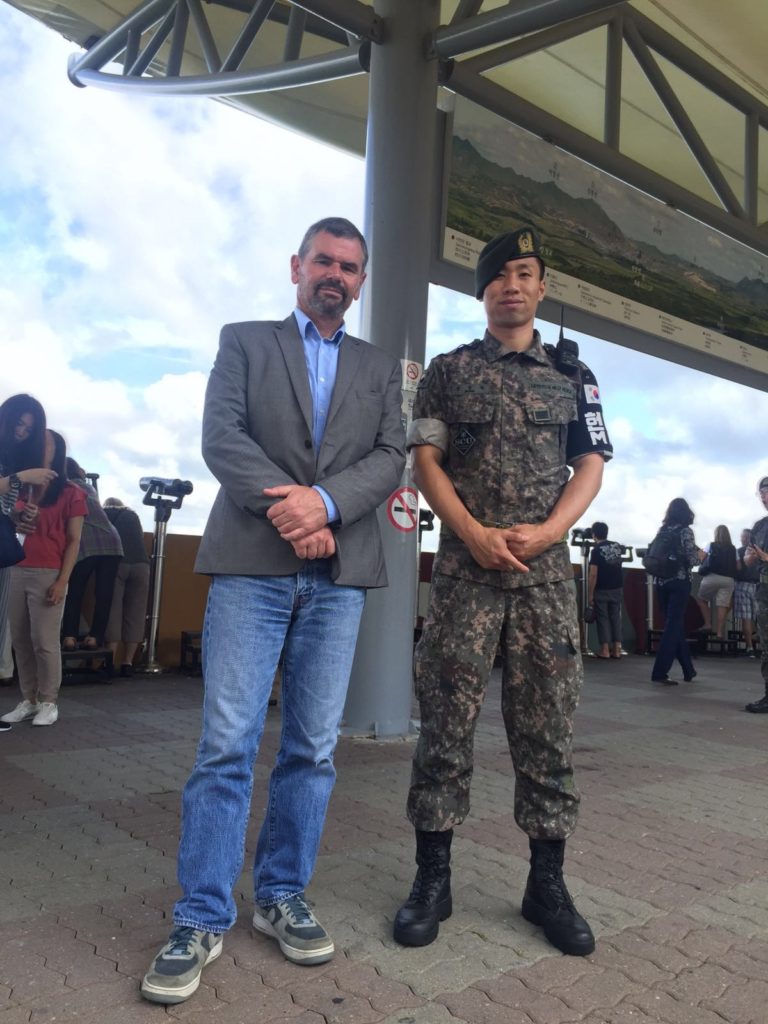 People observe North Korea, so near and yet so far. 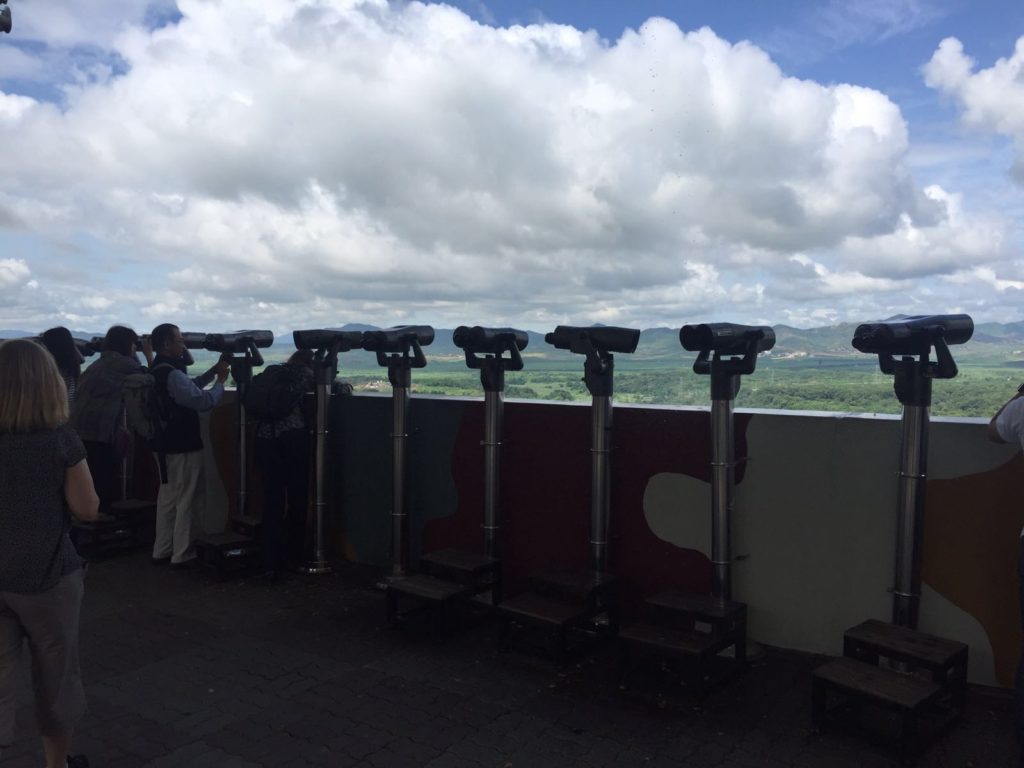